The 2 Big Reasons Why Bernie Sanders Is Talking Socialism 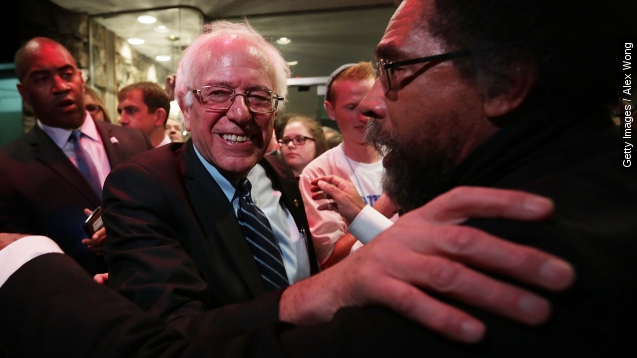 "My view of democratic socialism builds on the success of many other countries around the world," Sen. Bernie Sanders said during a speech at Georgetown University.

Bernie Sanders is clarifying where he stands on socialism, arguing it has historical roots in the U.S.

"What Roosevelt was stating, in 1944, what Martin Luther King Jr. stated in similar terms 20 years later, and what I believe today is that true freedom does not occur without economic security," Sanders argued.

And there are two big reasons he's doing it.

One, "socialism" isn't wildly popular in the U.S. Less than half of responders to a Gallup poll this summer said they'd vote for a socialist president.

Even Democratic Socialism, the label Sanders has used, is broad and has been used to describe everything from comprehensive childcare in Scandinavian countries to social security in the U.S. (Video via Aarhus University)

Sanders could use a boost, too. In the past month, his poll numbers have fallen in both New Hampshire and Iowa. (Video via Bernie Sanders for President)

This video includes images from Getty Images, the Library of Congress and Andra MIhali / CC BY SA 2.0.