That Was Fast: Filming For The Next 'Star Wars' Begins Soon 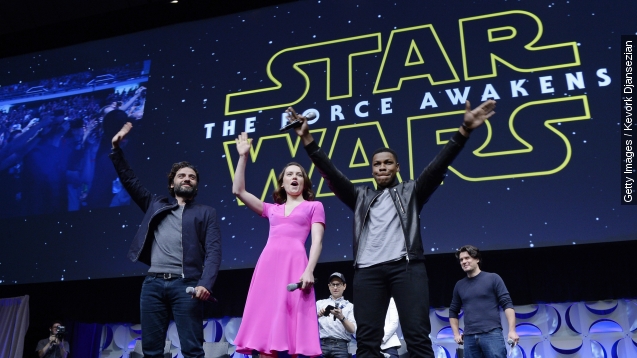 SMS
That Was Fast: Filming For The Next 'Star Wars' Begins Soon
By Ben Lawson
By Ben Lawson
September 10, 2015
The seventh "Star Wars" movie, "The Force Awakens," hasn't even hit theaters, but filming for the eighth installment is already about to start.
SHOW TRANSCRIPT

Apparently when the force awakens, it stays up for good. Entertainment Weekly reports filming will begin on "Star Wars Episode VIII" this month.

The Star Wars team is apparently heading back to Skellig Michael Island near Ireland to work on the next installment.

The team already shot on the island for "Episode VII," so when word got out they were back, there were rumors it was to re-shoot parts of that film. (Video via Office of Public Works)

But Lucasfilm has confirmed the crew is actually shooting the next movie. So when you see a rocky island with patches of green in "The Force Awakens," you should pay attention. It could be important since its in both movies.