That Time No One Thought Donald Trump Could Win 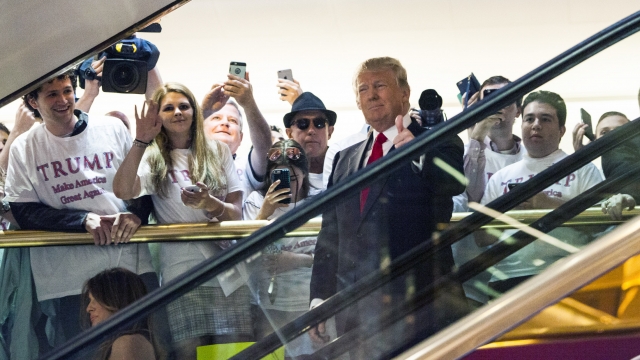 SMS
That Time No One Thought Donald Trump Could Win
By Kate Grumke
By Kate Grumke
June 16, 2016
Everyone underestimated Trump when he announced he was running. Are we still?
SHOW TRANSCRIPT

A year ago, Donald Trump announced he was running for president. And no one took him seriously.

USA Today was the only national paper that put him on the front page.

What if Trump is still underestimated?

"I'm not predicting [Trump] will win, but I will say he's capable of winning in November," Dan Rather said. "He has a path."