That Awkward Moment When You Mistake Doughnut Glaze For Crystal Meth 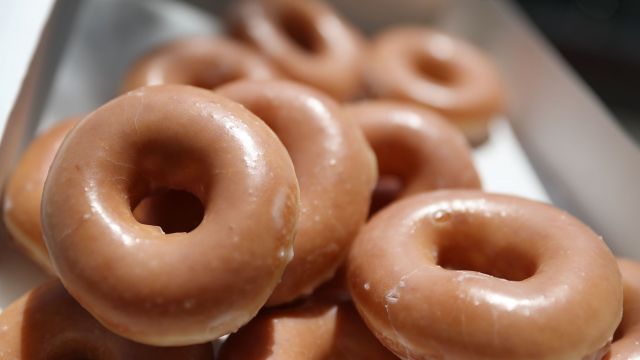 "Every other Wednesday, I stop at Krispy Kreme and get a doughnut there. And they found four little flakes of the icing," Dan Rushing told WFTV.

Last December, Rushing was pulled over for speeding and failing to stop at a stop sign. Things escalated quickly.

According to Rushing's arrest report, he cooperated with police and stepped out of his vehicle when asked. That's when an officer says she b

The arrest report goes on to say that thanks to 11 years of training and experience, the officer concluded it was a narcotic.

The officer conducted two roadside drug tests on the substance. She reported that both tested positive for amphetamines.

Rushing argued the substance was simply icing from his Krispy Kreme doughnut. The officer handcuffed him anyway, and Rushing reportedly spent about 10 hours behind bars before being released on a $2,500 bond.

A separate drug test by the Florida Department of Law Enforcement reversed the officer's findings. The unit didn't determine what the substance was, but they did find it wasn't illegal.

"It was incredible. It feels scary when you haven't done anything wrong and get arrested. … It's just a terrible feeling," Rushing told the Orlando Sentinel.

Now Rushing has lawyered up and says he plans to go after the department.

"I just don't want this to happen to anybody else," he told WFTV.