Turkey Day Travel Will Be At Its Highest Since 2007 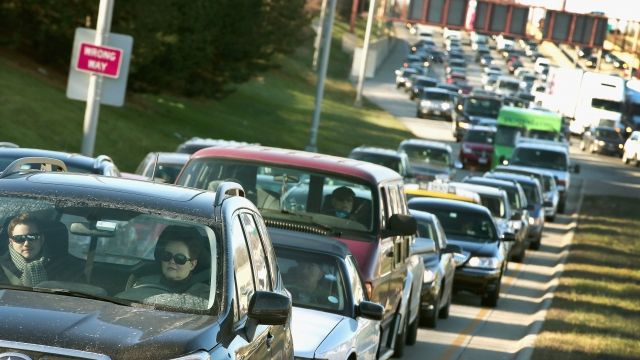 More than 48 million Americans are expected to journey away from home for Thanksgiving this year — the most Turkey Day travelers since 2007.

According to AAA, most of those travelers — a whopping 89 percent — will be driving to their Thanksgiving destinations between Wednesday and Sunday.

That's largely due to the low prices we've been seeing at the pump. As of Wednesday morning, the average price of a gallon of regular gas nationwide was about $2.13, which is a significant drop from last month's $2.22 price tag.

And improvements in the U.S. economy, like rising wages and increased consumer spending, are making it easier for Americans to get away for the holiday.

But Thanksgiving drivers could run into a bit of traffic trouble, thanks to crowded highways and some bad weather expected to hit parts of the Midwest and Northeast.

Experts suggest starting your trek in the morning, when the roads will be less crowded. Traveling on Thanksgiving Day when there are minimal crowds is also a great option.