Thanksgiving Eve Is A Special Anniversary For Nathan Lane 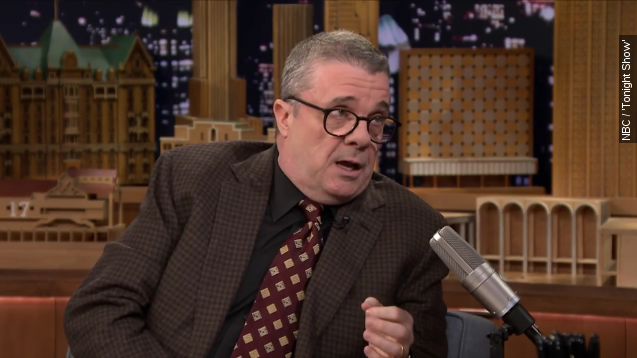 The night before Thanksgiving is a special night for many preparing for the glorious holiday about to take place the very next day.

But for actor Nathan Lane, Thanksgiving Eve is special for a very different reason.

"In 1973, on Thanksgiving Eve, I got drunk for the first time in my life," Nathan confessed on the "Tonight Show."

And, like most first experiences with alcohol, Nathan's was pretty, well, horrifying.

"The Birdcage" star told Jimmy Fallon he was at a school dance when he and his friends decided to down about seven or eight bottles of apple-flavored wine. (Video via United Artists / "The Birdcage")

And what happened next wasn't pretty.

"I see a friend of mine dancing with a young lady, and I tap him on the shoulder and say, 'I'm not feeling well.' And I suddenly launch into my best Linda Blair in 'The Exorcist' impression and start vomiting all over myself," Nathan admitted.

Yeah, not good. But hey, at least he has a great story to tell at Thanksgiving for years to come!

And Nathan has plenty of other things to be thankful for, this year especially. (Video via Universal Pictures / "The Producers")

Earlier this month, he wed his partner of 18 years, Devlin Elliott, in New York City, and they also just published a children's book together.

Looks like projectile vomiting in public is far behind you now, Nathan. Well, hopefully.