Thanks, Brexit. World Markets Lose $3 Trillion After The Vote 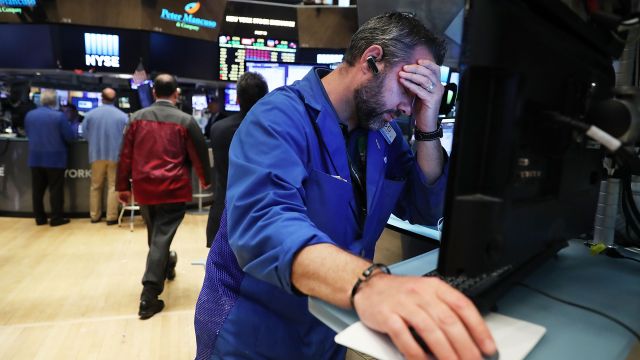 The U.K.'s vote Thursday to leave the European Union led to major sell-offs on Friday and Monday. Credit agencies, including Standard & Poor's and Fitch, downgraded the country's ratings. Moody's changed its outlook from "stable" to "negative."

You can expect the markets to remain unsettled, according to a volatility index.

And media reports say the U.S. Federal Reserve is more likely to cut interest rates now than raise them.

But there was a glimmer of hope on Tuesday morning: U.S. stocks rose after the opening bell, and European markets saw a bounce.

This video includes clips from Fitch Ratings and ABC and images from Getty Images. Music provided courtesy of APM Music.