Thanks, Beyoncé: Red Lobster Credits Increase In Sales To Singer 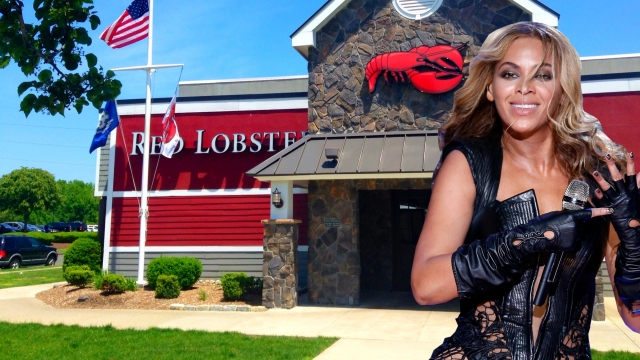 SMS
Thanks, Beyoncé: Red Lobster Credits Increase In Sales To Singer
By Katherine Biek
By Katherine Biek
February 9, 2016
Red Lobster saw a 33 percent increase in sales the day after Beyoncé dropped her latest song, "Formation," which includes a shoutout to the eatery.
SHOW TRANSCRIPT

Since it dropped on Saturday, Beyoncé 's music video for her newest song, "Formation," has racked up more than 17 million views on YouTube.

And her appearance during the Super Bowl 50 halftime show — where she performed her latest hit — earned her 1.3 million Twitter mentions.

And apparently, Queen Bey can also be credited with a spike in Sunday sales at Red Lobster.

While Red Lobster usually draws in customers this time of year because of its Lobsterfest promotion, the seafood chain is giving kudos to Beyoncé — who gave a colorful shoutout to to the restaurant in her song "Formation."

Instead of being offended by the suggestive lyrics, Red Lobster's social media department decided to take advantage of the publicity and tweeted out, "'Cheddar Bey Biscuits' has a nice ring to it, don't you think?"

As a thank you to the singer, Red Lobster renamed two of its menu items in her honor, swapping out the "Bay" in Cheddar Bay Biscuits and Bay Breeze for "Bey" with an E. (Video via Columbia Records / Beyonce)

We happen to think those are changes the franchise should stick with.