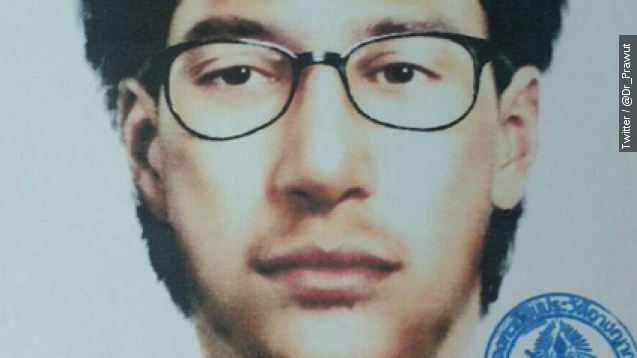 Thai police have arrested a suspect in connection with a bombing near a shrine in Bangkok this month.

Police said the suspect matches the description that led to these sketches. He was arrested in his apartment, where police say they found possible bomb materials.

At least 20 were killed in the attack, with nine of the dead being foreigners. Thailand's prime minister suspects the bomb was targeting tourists.

A suspect was caught on CCTV footage near the shrine wearing a backpack. Then he was seen again later without the backpack.

Police are saying the arrested suspect is not the bomber, but was involved. Police reportedly found multiple passports, and the suspect is believed to be a foreigner.