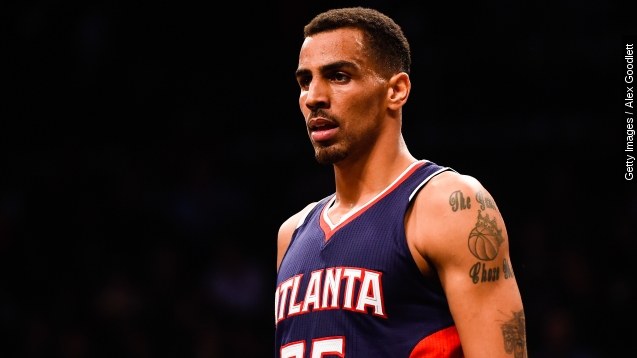 NBA player Thabo Sefolosha doesn't have to worry about criminal charges heading into the 2015-2016 season after a New York City jury found him not guilty Friday of resisting arrest. That decision stems from a scuffle with police back in April.

Sefolosha was arrested outside a New York nightclub after a stabbing. During the trial, he claimed officers got physical when he tried to offer a panhandler some money. Officers testified Sefolosha ignored their orders while they investigated the stabbing. (Video via YouTube / Kris Willis)

TMZ later posted a video of the Atlanta Hawks player being thrown to the ground by police officers. Sefolosha suffered a season-ending leg injury during his arrest.

The trial was a big win for the player who rejected a lenient plea deal. The New York Times reported prosecutors offered to dismiss charges against Sefolosha if he did a day of community service and stayed out of trouble for half a year.

NBA Players Association Executive Director Michele Roberts praised Sefolosha's decision to go to trial Friday, tweeting, "JUSTICE PREVAILS! THABO HAD THE COURAGE TO FIGHT THE CHARGES - WE ARE SO PROUD!"

After his acquittal, Buzzfeed reporter Lindsey Adler tweeted Sefolosha is still weighing whether to file a civil suit against the city.

Despite the injury, Sefolosha told reporters during the Atlanta Hawks media day he feels good and hopes to be ready by opening night.