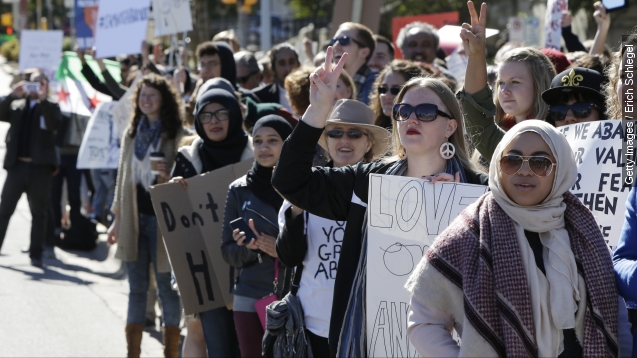 Texas is standing down — sort of — in a legal battle with the federal government. On Friday, the state withdrew a temporary restraining order request to stop Syrian refugees from being resettled in the state.

That request was part of a lawsuit filed Wednesday claiming Texas wasn't consulted about refugees coming to the state. The government denied this in its own brief Friday, and shortly after, Texas pulled its request. The LA Times reports more than 21 refugees could be resettled in the state by next Wednesday.

Texas is just one of dozens of states that vowed not to take in any more Syrian refugees after the attacks in Paris. The problem with that is they don't really have a choice. Figuring out where to house refugees is the federal government's job.

Fear about refugees from war-torn countries like Syria and Iraq led to the quick passage of a bill in the House to make it harder for them to be resettled. But Politico reports some lawmakers want to make changes to the bill.

Texas isn't completely giving up the fight, though. It is still asking the court to block further Syrian refugees until it believes the federal government has complied with "statutory and contractual duties to consult with Texas" before any more refugees move in.