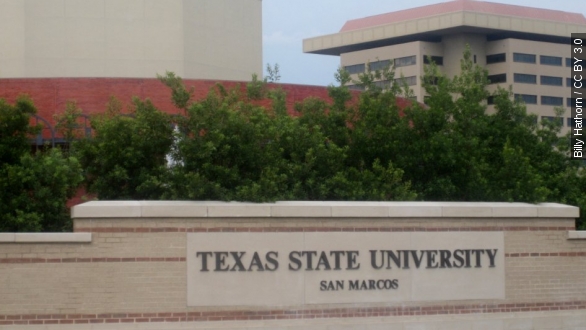 The freshman class at Texas State University could have been looking a whole lot bigger than it was intended to if officials hadn't caught a major error.

Some 450 students received acceptance brochures from Texas State even though they hadn't actually been accepted yet.

The brochures said "Congratulations on your acceptance to Texas State University" and were sent to applicants who hadn't completed their applications to the university.

One recipient, Jake Hastings, told ABC didn't realize he wasn't accepted yet until he went to set up his orientation online.

He said: "I was just so upset. ... It was killing me because that was one of the big schools I wanted to go to."

His father spoke with KVUE.

"Extremely emotional. I mean, he's still dealing with it. I mean, it was, I don't want to say out of the blue, but it was unexpected," John Hastings said.

After an investigation, school officials said a third-party vendor mixed up the two lists.

"It was not an acceptance letter, but it is normally something sent to students following acceptance," Jayme Blaschke of Texas State University told KTBC.

Though students might have been disappointed, some of those who received the letter in late March have since finished their applications and been accepted.

So at least there's some good news.

And it could have been worse, as schools in the past have mistakenly sent acceptance letters to already rejected candidates.

Texas State University reportedly mails about 750,000 items in a given year and is asking anyone with questions about this mix-up to contact the school.

This video includes an image from Shane Torgerson / CC BY 3.0 and music from Kevin MacLeod / CC BY 3.0.