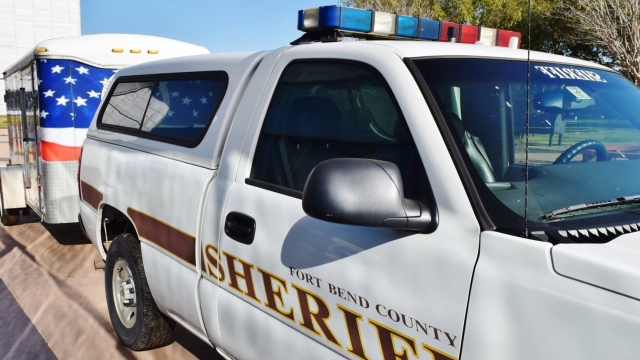 A Houston-area woman was killed by police after reportedly shooting her own two daughters Friday.

The motive for the fatal shooting wasn't immediately clear, but police told local media there was some type of argument. When authorities arrived at the scene, the woman, Christy Sheats, still had a gun in her hands.

According to local reports, police shot the 42-year-old after she refused to drop the weapon.

"As everyone is certainly aware, we had a terrible incident last night that involved the deaths of 3 people. An unimaginable tragedy that it seems we see too often. I want to thank our deputies and detectives for their work and professionalism. I also thank the Fulshear Police Department for their response and assistance," Fort Bend County Sheriff Troy E. Nehls wrote on Facebook.

A witness told KTRK that 22-year-old Taylor Sheats and 17-year-old Madison Sheats ran from their house with their father, Jason Sheats, and that at least one of the Sheats sisters was already wounded.

One of the victims died at the home — which is located about 40 minutes west of Houston in Fort Bend County. The other was flown to a local hospital but later died of her injuries.

"The neighborhood has never seen this kind of thing before. It's always quiet. This is surprising. They never showed any kind of thing that was wrong with them whatsoever," neighbor Austin Enke told KHOU.

Jason Sheats wasn't harmed but reportedly watched the shooting and asked his wife not to shoot.

Detectives say he also went to a neighbor's house for help. Residents in the area told local media the shooting happened on his birthday.

This video includes clips from KHOU, KPRC and KTRK.