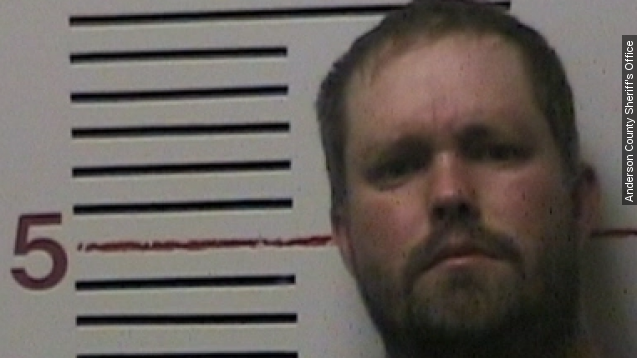 SMS
Texas Police Arrest Campsite Killings Suspect
By Grant Suneson
By Grant Suneson
November 16, 2015
William Hudson, 33, has been arrested in connection with the deaths of six people at a campsite in rural Texas. He's been charged with one murder.
SHOW TRANSCRIPT

Police have arrested a suspect in the deaths of six people who were killed over the weekend at a campsite in rural Anderson County, Texas.

The victims all reportedly knew each other and were staying on private property owned by one of the victims. There was reportedly one female survivor. (Video via KLTV)

Hudson owns the property next to the campsite where four men were found dead in a pond Monday afternoon. He is being held on a $2.5 million bond. Police say the motive for the killings is unknown. (Video via KDFW)