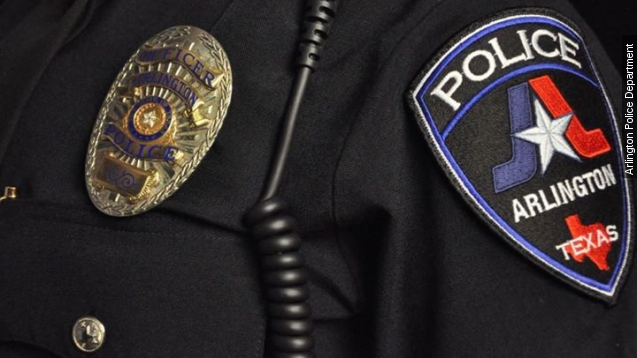 Arlington Police have asked the FBI to help in the investigation of the death of Christian Taylor.

Police say Taylor drove his car through the front window of a car dealership and then got into an altercation with the officers who responded.

It happened at a Buick dealership roughly halfway between Dallas and Fort Worth early Friday morning. Police got the call from a security company monitoring the car dealership property and found Taylor inside. (Video via WFAA)

"The offenses included him damaging a vehicle," Arglington Sgt. Paul Rodriguez told KDFW. "During that time, there was an altercation and one of the officers drew his weapon, shots were fired, the suspect was hit."

It's important to note when that sergeant was asked what Taylor did to lead the officer into firing his weapon, he told WFAA, "I do not know exactly what his actions were." Taylor was unarmed and the 49-year-old officer was new to the force and still under supervised training in the field.

Police say they haven't found any surveillance video from the dealership that shows the shooting. CNN reports there is no dash cam video of the altercation. (Video via KXAS)

Arlington police don't use body cameras, but several sources say a pilot program is in the works.

Taylor, a college football player at Angelo State University, died on scene. In a post to Twitter mid-day Friday, his head coach Will Wagner simply wrote, "Heart is hurting."

While the details of the shooting are still being sorted out, the news of an unarmed black teen shot by a white officer — especially so close to the one-year anniversary of Michael Brown's death — was sure to draw national attention.

Many on social media showed their skepticism and anger late Friday. Taylor's father spoke to KTVT stressing he wants to know why police had to kill his son who didn't have a weapon.

"I just pray, I trust God that He reveals everything and it all comes out the way that it actually happened and that it's not just brushed under the rug," Adrian Taylor said.

Two investigations are now underway — one into the break-in police responded to and one into the shooting. The officer who shot Taylor is now on administrative leave.