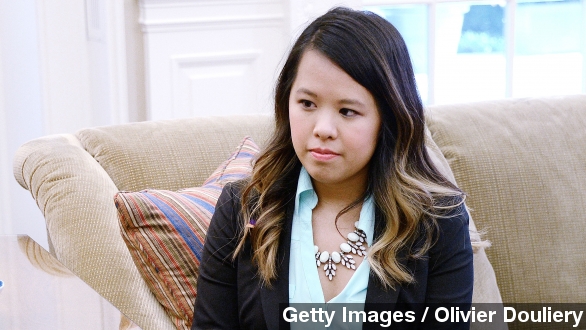 The first nurse to contract Ebola in the U.S. is now suing the hospital she says is responsible.

As one of his nurses, Pham is believed to have contracted the virus from him. She says the Dallas-area hospital failed to protect its staff, and she's worried about the long-term effects from the disease.

In an interview with The Dallas Morning News, Pham said she wants to "make hospitals and big corporations realize that nurses and health care workers, especially frontline people, are important. And we don't want nurses to start turning into patients."

Pham said in the interview when she first started treating Duncan, she was unaware he had Ebola; she said she was one of the last to know when tests confirmed it. She also said the nurses treating him didn't have proper safety equipment, including hazmat suits. (Via USA Today / WFAA)

Many other nurses have said much of the same.

National Nurses United criticized the hospital and other health officials about their treatment, saying Duncan was not isolated when first being treated, nurses never received in-person training, nurses' necks were exposed due to lack of hazmat suits, hazardous waste was piled to the ceiling and nurses generally felt unsupported. (Video via CBC)

Pham says her life has changed since contracting the virus. She still has body aches, trouble sleeping and is uncertain about what the future side effects could be from both the Ebola virus and the experimental drugs used to treat it.

Texas Presbyterian Hospital said in a statement to The Dallas Morning News: "Nina Pham bravely served Texas Health Dallas during a most difficult time. We continue to support and wish the best for her, and we remain optimistic that constructive dialogue can resolve this matter."