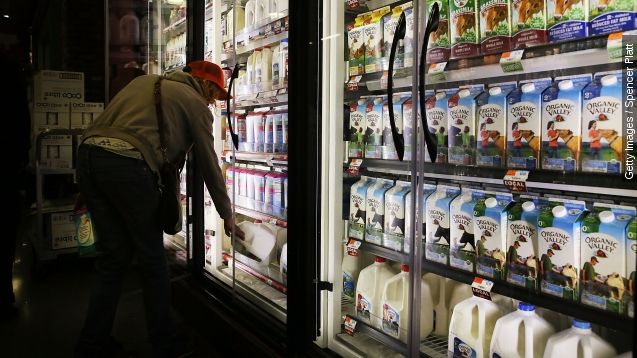 This past summer we saw egg rationing, now milk might be coming up short on demands. If this sounds like the apocalypse — well, it's actually just Texas. (Video via U.S. Farmers & Ranchers Alliance)

The recent Southern storms that caused major damage in states in and around Texas are now resulting in another problem: lack of milk.

Upwards of 30,000 cows died in Texas and New Mexico. As for the ones that are still alive? They're likely dried up, as cows need to be milked regularly to keep producing.

Last summer, several states, including Texas, started coming up short on eggs after the bird flu struck. Stores started rationing the number of cartons consumers bought, and the event was predicted to affect supply over the next year.

It's unclear if the price of milk will spike, jugs will be rationed or if this will affect other states. One U.S. Department of Agriculture report says Texas isn't one of the top five dairy contributors for the U.S., but the 27 million residents of Texas will certainly be affected. (Video via Texas Farm Bureau)