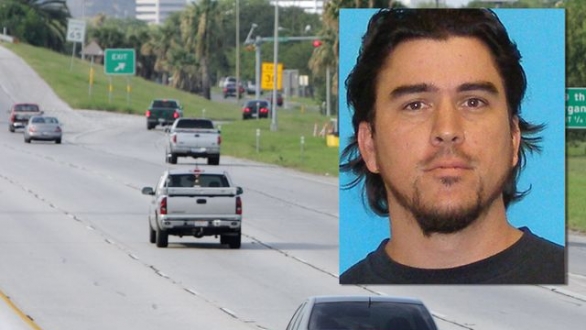 ​"Well, the officer, who was in an unmarked car, knew something was going on when people were waving to him." ​(Via WJW-TV)

Martin stood in the median of a six-lane road and held a sign that read, "Police ahead." But he said he was just trying to get people to slow down — for safety, not to stop them from getting tickets. (Via Daily Mail)

"Martin says he and the police are on the same side."

MARTIN: "Ultimately we're trying to do the exact same thing — I'm just not in a police uniform." (Via ABC)

RON MARTIN: "I just felt like it was a little bit unsafe not only for citizens but for the police officers who are having to do their job." (Via WJW-TV)

​Martin, however, was arrested on a violation of a city ordinance prohibiting "homemade" signs on public property, making this a First Amendment concern. He recorded his arrest on his cell phone. (Via WFAA)

MARTIN: "Am I going to be under arrest?"

OFFICER: "Yes, sir, you are. I told you it's a violation of city ordinance to be a human sign." (Via ABC)

Martin entered a plea of not guilty to the misdemeanor in court on Wednesday, claiming he wasn't a business and therefore wasn't advertising — he was simply acting like a living, breathing speed limit sign.