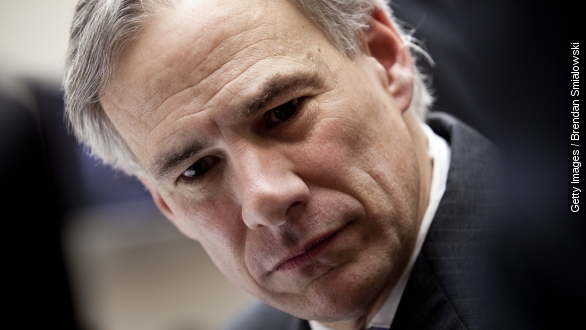 SMS
Texas 'Jade Helm' Conspiracy Theory Splits Politicians
By Kate Grumke
By Kate Grumke
May 9, 2015
It's been a strange week in Texas as the governor told the state guard to monitor military training after an Army document labeled the state hostile.
SHOW TRANSCRIPT

"In terms of Jade Helm, can you say clearly, is the U.S. military planning to take over Texas as is being asserted by certain presidential candidates?" asked a reporter.

With that, Defense Secretary Ashton Carter acknowledged a growing conspiracy theory flowing out of the Lone Star State — that a military exercise called Operation Jade Helm 15 planned for this summer in Texas and other states is actually an attempt by President Obama to impose martial law.

The theory gained traction on blogs and conservative websites after this unclassified powerpoint about the operation showed a map with some parts labeled "hostile," including Texas.

So take the Obama takeover theory, throw in a couple ideas about underground tunnels and closed Wal-Marts as guerrilla warfare staging areas and you have a run-of-the-mill Internet conspiracy theory.

"So, you wanna see treason folks? We've known about it for a long time, but this is it," said conservative radio host Alex Jones.

But what's not run-of-the-mill about this one is the Texas governor and other political leaders have given it some legitimacy.

"We're playing a pivotal role of government and that is to provide information to people who have questions," said Abbott.

Congressman Louie Gohmert of Texas said in a statement, "Once I observed the map depicting ‘hostile,’ ... I was rather appalled that the hostile areas amazingly have a Republican majority, ‘cling to their guns and religion,’ and believe in the sanctity of the United States Constitution."

And even 2016 Presidential Candidate Ted Cruz said he understands the concerns people have.

"You know, I understand the concern that's been raised by a lot of citizens about Jade Helm. ... We have seen for six years a federal government disrespecting the liberty of the citizens, and that produces fear," said Cruz.

But many other politicians have said giving legitimacy to the theories is disrespectful to service men and women.

Former Texas Lieutenant Governor David Dewhurst wrote for The Dallas Morning News, "Unfortunately, some Texans have projected their legitimate concerns about the competence and trustworthiness of President Barack Obama onto these noble warriors. This must stop."

And Texas representative Joaquin Castro tweeted, "Greg Abbott has embarrassed Texas by treating the U.S. Army as a suspect, a threat to the people of our state. It dishonors TX Army vets."

For his part, later in the week Abbott seemed to step back from it a bit, "We have been provided assurances by the special operations forces that there is nothing for the public to worry about." But that doesn't mean he's called off the State Guard.