Texas Girl Dies After Being Thrown From A Carnival Ride 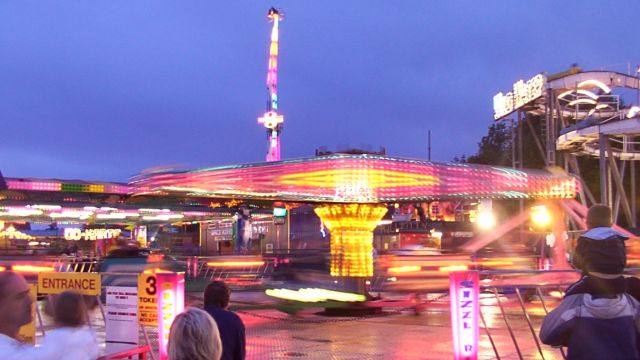 SMS
Texas Girl Dies After Being Thrown From A Carnival Ride
By Matt Picht
By Matt Picht
April 30, 2016
A ride called the Sizzler threw two of its three passengers during a church-sponsored carnival.
SHOW TRANSCRIPT

Two teenage girls were thrown from a carnival ride in El Paso, Texas. One of the girls died, and the other is injured.

The girls were ejected from a spinning ride called the Sizzler during a carnival at a local church. The 16-year-old later died at a nearby hospital, while the 15-year-old was treated for non-life-threatening injuries.

The ride was part of the church's Día de los Niños festival. There was one other passenger on the ride at the time, but she wasn't injured.

An El Paso police spokesman said authorities are currently investigating the cause of the incident, including whether the ride should have been operating.

"There are inspections that are required. Whether or not this vendor is up to par with that hasn't been determined," the spokesman told KFOX.