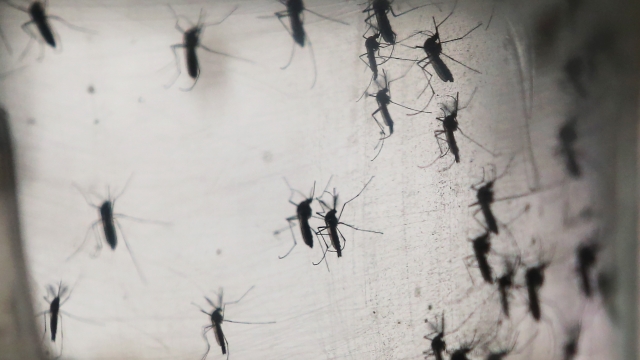 According to KTRK, a baby girl born with microcephaly died shortly after birth.

SEE MORE: Zika Vaccine Trials Have Begun, But Funding Is About To Run Out

KPRC reports the baby's mother traveled to El Salvador while she was pregnant and is believed to have been infected there.

However, the outlet reports the mother didn't know she was infected until after the baby was born a few weeks ago.

"Zika's impact on unborn babies can be tragic, and our hearts are with this family," said Dr. John Hellerstedt, commissioner for Texas Department of State Health Services. "Our central mission from the beginning has been to do everything we can to protect unborn babies from the devastating effects of Zika."

At least one other case of an infant born with microcephaly has been reported in the same county.

While there haven't been any confirmed cases of people contracting the virus in Texas, health officials say they are "on alert for the possibility of local transmission."

The news comes shortly after officials in Florida reported more than a dozen cases of Zika were locally transmitted in Miami.

Zika is primarily transmitted through infected mosquitoes. It usually comes with mild symptoms, including a rash, fever and joint pain. However, it can cause birth defects in infected pregnant women. That's why the Centers for Disease Control and Prevention has issued travel notices urging pregnant women not to travel to Central and South America where the virus is more prevalent.

This video includes clips from ABC, KRIV, WFOR, CBS, Centers for Disease Control and Prevention and NBC, and images from Getty Images.