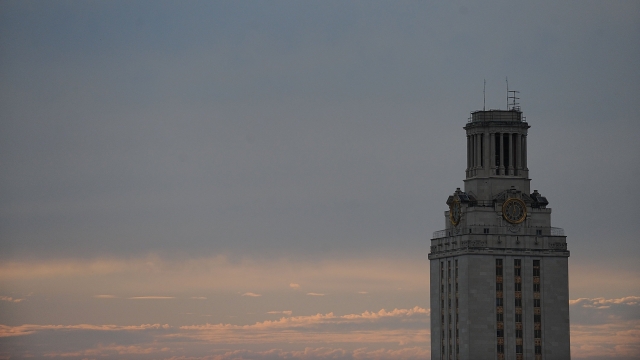 Starting Monday, Texas will let certain licensed holders carry concealed handguns at public universities. But the law's debut coincides with the anniversary of one of the state's worst mass shootings.

Fifty years ago, a shooter took a sniper's position in a clock tower at the University of Texas at Austin. His shooting rampage was responsible for 17 deaths and left dozens wounded.

Three professors who are suing UT Austin on account of the gun legislation have called the law's inaugural date a "cruel irony."

The university's president is one of the defendants in the suit, but for his part, he's publicly said he's against guns on university campuses.

SEE MORE: Do More Guns Mean More Protection? A Look At The Data

According to The New York Times, a majority of UT Austin students oppose the concealed carry measure.

The Washington Post also reports most students and faculty are against it, though only one university's poll numbers were cited explicitly in their article.

Texas has let citizens carry concealed weapons in public for 20 years. Advocates for the new law have argued students should be allowed to protect themselves on campuses.

However, one victim of the clock tower rampage has said police who confronted the shooter believed armed citizens who tried to help them actually made the situation worse.

A memorial is being dedicated to the victims and survivors of the clock tower rampage at UT Austin on Monday.