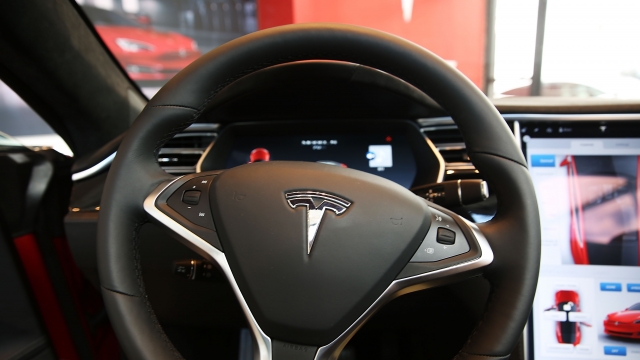 SMS
Tesla Shows Strongest Sales Ever Despite Fatal Autopilot Crash
By Ryan Biek
By Ryan Biek
October 3, 2016
Still, the company has only turned a profit one quarter since 2010.
SHOW TRANSCRIPT

In May, a Model S sedan hit a truck while in autopilot mode, killing the car's driver. It was Tesla's first death involving its autopilot mode.

Yet despite the ensuing scandal, Tesla delivered 24,500 vehicles over the third quarter, making for its highest deliveries and best sales numbers ever.

Since the fatal crash, Tesla has made some tweaks — apparently to buyers' liking.

The company has always said its autopilot mode is meant for assistance, not total takeover.

Despite that, Tesla improved its autopilot software and says that if the same incident happened again, the car would avoid the crash.

But it's not completely clear how many of those cars delivered in the third quarter included the same autopilot systems as the one involved in the fatal crash. The more autonomous-sounding features do cost extra.

Tesla isn't out of the woods just yet, though. It needs to show strong profits for the third quarter, partly just to show the company is profitable. Since going public in 2010, Tesla has only recorded one profitable quarter.

At the moment, the company is also trying to raise funds to produce the Model 3 and build a new battery-making facility.

We won't know how profitable Tesla's third quarter was until November.