Tesla's Hacking Problems Aren't As Bad As Other Automakers' 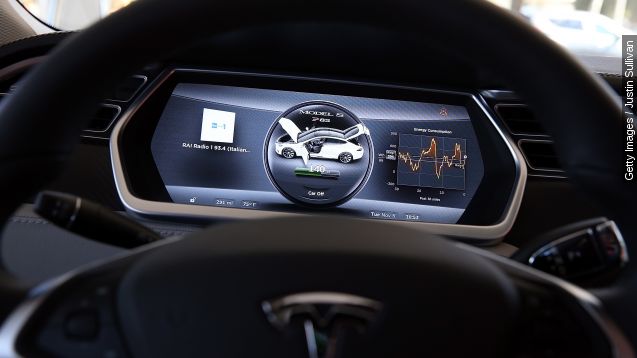 SMS
Tesla's Hacking Problems Aren't As Bad As Other Automakers'
By Jamal Andress
By Jamal Andress
August 6, 2015
The Tesla Model S is the latest car to have its security issues exposed. Hackers can engage the handbrake and take control of screens and windows.
SHOW TRANSCRIPT

Connected cars are the wave of the future, but they're also vulnerable to a whole new set of problems the auto industry hasn't encountered before.

We learned this week the Tesla Model S can be hacked. Attackers can reportedly take control of the screens, manipulate the speedometer, control the windows and even engage the handbrake if the car is going under 5 mph.

To Tesla's credit, if the car is going faster than 5 mph, the safety features will only let hackers put the car in neutral, but the steering wheel remains fully functional.

But there are two major differences between this hack and the one that forced Fiat Chrysler to issue a 1.4 million vehicle recall.

First, in order for this hack to work, the hackers need physical access to the car. In this video showing the hack of a Jeep Grand Cherokee, the hackers were sitting in their living room while the victim sped down the highway.

Not only that, but the hacked infotainment system in the Jeep is reportedly installed in more than 2.8 million vehicles across the country. The National Highway Traffic Safety Administration is currently investigating the audio tech company behind the hackable unit.

One expert who exposed the security hole told Wired: "When I saw we could do it anywhere, over the Internet, I freaked out. ... That's a vehicle on a highway in the middle of the country. Car hacking got real, right then."

Second: Tesla already has a patch for that hack that can (and this is the important part) be installed remotely.

Similar to an iPhone update, the Tesla Model S can use a Wi-Fi connection to install a security patch.

If hackers expose a problem in a certain make and model, almost all vehicles on the road today (with the exception of Tesla) have to get it fixed at the dealership.

Other car companies, like Ford and GM, have plans for over-the-air updates but haven't gotten the technology on the road yet.

Auto companies have rushed to make their most popular vehicles connected cars, but most of those companies are significantly behind on making their vehicles safe from hackers.