Tesla's Billionaire CEO Accepts $1 Per Year From The Company 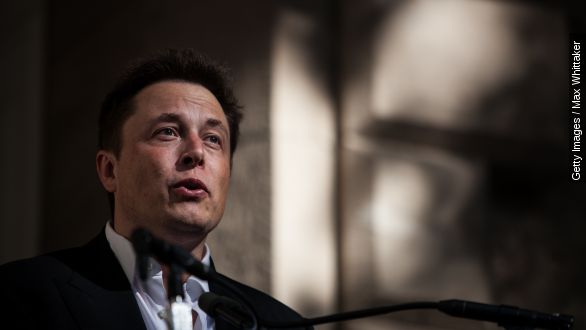 SMS
Tesla's Billionaire CEO Accepts $1 Per Year From The Company
By Jamal Andress
By Jamal Andress
April 23, 2015
Elon Musk has paid himself California's minimum wage for the past two years, but he only kept $1 and returned the rest to Tesla Motors.
SHOW TRANSCRIPT

Tesla Motors, the premier luxury electric car brand which has seen quarter after quarter of growth, skipped the bill this year when it comes to paying the man in charge.

According to Tesla's proxy statement filed to the Securities and Exchange Commission Wednesday, CEO Elon Musk was paid just over $35,000 last year by the electric car company he founded. The cheapest ride Musk's company makes will cost you twice that.

Compare that to Musk's right-hand man at Tesla, Chief Technology Officer Jeffrey "JB" Straubel, whose base salary is closer to $250,000 per year, and he earned millions of dollars in stock options.

So, about $630 per week for the founder and CEO of arguably the most recognized electric car company on the planet. Oh, and if you're wondering, his salary wasn't that great last year, either. Musk has paid himself California's minimum wage for the past two years, but he only kept $1 and returned the rest to the company. It appears he did the same this year.

But before you send the billionaire CEO a money order, you should know Musk made $78.1 million in 2012, mostly from stock options. He also owns more than 28.3 million shares of Tesla stock, which amounts to $6.2 billion. So yeah, he's comfortable.

On top of that, he's also the CEO of SpaceX, a privately owned aerospace manufacturing company with plans to go to Mars before NASA does.

And while Space X has not gone public yet, The Wall Street Journal placed the company’s worth at more than $12 billion in January.

But there is something to be said about Musk accepting the minimum wage as opposed to what most CEOs are pulling in. According to numbers from the AFL-CIO, the average CEO makes 774 times the minimum wage.