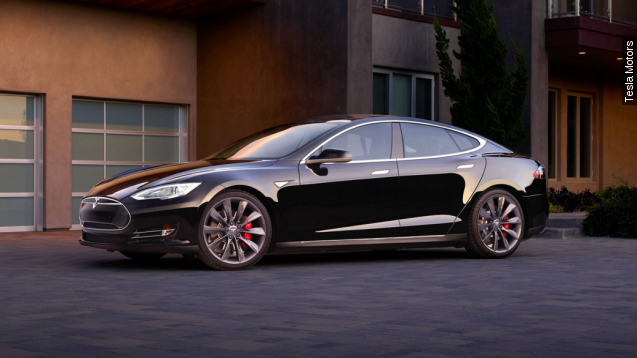 So when the publication reported Tuesday that the Model S went from being one of the best cars it's tested to having one rating that's "worse-than-average," that was bad news for Tesla.

What category brought the car's once glowing rapport down from "best-performing" to one of the worst? Reliability. (Video via Kelley Blue Book)

Cars that Consumer Reports reviews undergo yearly reliability testing. Because in the long run, if a car isn't holding up well, buyers could end up losing money on upkeep, repairs or the car's resale value. (Video via CNET)

Apparently, the publication received about 1,400 surveys from Model S owners and there were a lot of not-so-great problems detailed in the responses.

None of those things sound like issues a year-old car should be having.

"I've got one — they're beautiful cars," Stephen Colbert said on "The Late Show."

And Consumer Reports doesn't deny that. The publication hasn't even removed the high marks for the car's performance. It's also still super fuel efficient — well, it doesn't actually need fuel because it's electric, but if it did, the car would get the same as 84 mpg. (Video via Consumer Reports)

But just because a person is saving money on gas, it doesn't really make up for the fact that this car costs about $70,000 new (or more). Throw poor reliability in the mix, and fewer people could be on board with buying one. (Video via Tesla Motors)

There's one good thing the reliability report highlights: The 2015 Model S Teslas are still under a bumper-to-bumper warranty, meaning a lot of the issues reported can probably be corrected. (Video via Tesla Motors)

This video includes an image from Getty Images and Werner Bayer / CC BY 2.0.