Tesla Model S Can Drive Itself ... Sort Of 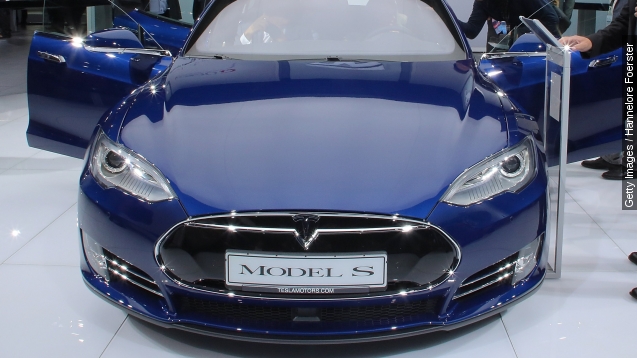 Trips on the highway for recent Tesla Model S owners just got a little easier. The automaker rolled out a software update that includes its Autosteer and Autopark features for models made after October 2014.

Model S vehicles are now capable of steering themselves, changing lanes and adjusting speed on the highway, but you can't exactly sit back while your car does the work just yet.

If a driver's hands leaves the wheel for more than 10 seconds, the vehicle will turn its hazard lights on and begin to slow down. Also, this is for highway driving only. The vehicle doesn't detect stoplights and stop signs yet.

And maybe that's a good thing. A few journalists have caught some minor hiccups with Tesla's system.

"There were times when there were things I expected it'd do, just didn't happen. I turned on my signal to trigger an auto lane change, and my car would just sit in the same lane," said Tech Crunch's Greg Kumparak.

"It had one small issue where the interstate split off to the right for an exit, and the car began to take the exit rather than stay in the right lane," said The Wall Street Journal's Mike Ramsey.

To be fair, Tesla CEO Elon Musk is calling this a beta test of the software, so a few issues are to be expected.

Beta test or not, putting some self-driving features in the hands of drivers certainly ups the stakes for Tesla's competitors. For instance, General Motors has an autosteering feature planned for its 2017 Cadillac CT6, but that won't change lanes by itself.

Tesla says it plans to keep sending out software updates that will add new features to the car and hopes the vehicle will be fully autonomous in three years.