Tesla Model 3 Preorders Are Already In The Hundreds Of Thousands 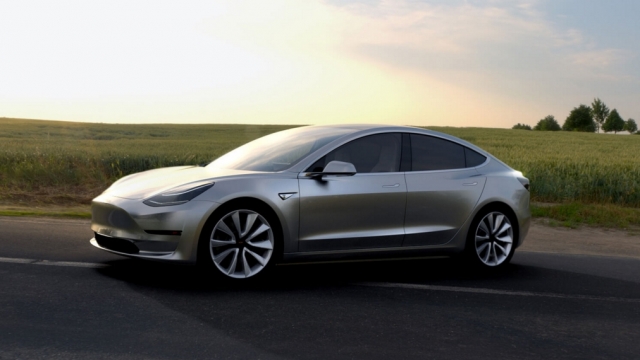 SMS
Tesla Model 3 Preorders Are Already In The Hundreds Of Thousands
By Christian Bryant
By Christian Bryant
April 1, 2016
More than 190,000 people preordered Tesla's Model 3 in 24 hours. It will be the company's most affordable car to date.
SHOW TRANSCRIPT

CEO Elon Musk gave his new vehicle the movie-trailer treatment at its unveiling Thursday night at the company's design facility in Hawthorne, California.

The Model 3 looks kinda like Tesla's Model S, besides the grill-less front-end and glass roof. It doesn't have the longest range-per-charge or the fastest zero-to-60 time, but there's one thing about the Model 3 that has some people in a tizzy: the price.

Musk says everything has been building to this.

"The revenue from the S and the X is what's needed to develop the Model 3. ... The final step in the master plan, which is a mass-market, affordable car. It was only possible to do that after going through the prior steps," Musk said.

With that sort of statement, you could argue there's a lot riding on this car. Tesla has struggled to turn a profit in its 13-year history, and a high volume of affordable cars could be the solution.

Unfortunately, Tesla fans still have a long wait for the Model 3. The company expects to start delivering the cars in late 2017.

This video includes clips from Tesla Motors and images from Getty Images.