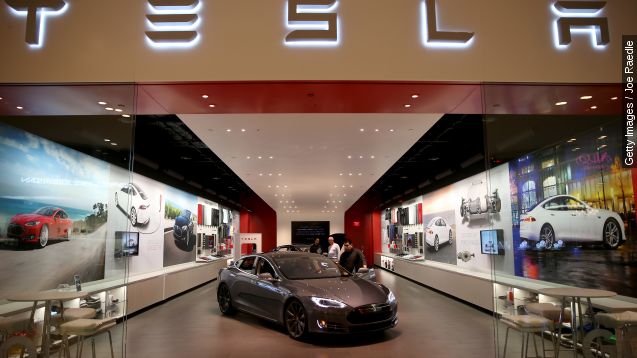 Dealerships are not big fans of Tesla's distinctive way of selling cars. And apparently Texas isn't either.

The state's legislature failed to vote Friday on two bills that would have allowed Texas residents to purchase Teslas the primary way they're sold: from the company directly to consumers — completely bypassing dealerships. (Video via Tesla)

Bloomberg reports, "Tesla hired about 20 lobbyists and spent more than $150,000 on campaign contributions between October and December of last year..." to try and overturn Texas’ ban.

Texas isn’t the only state where dealer-backed laws banning direct sales are king. West Virginia, Arizona, Michigan and Connecticut are also on that short list.

Connecticut could be removed soon, though. The state, which is one of many still up in the air, just passed legislation through its House of Representatives — and onto its Senate — that could eventually OK direct sales. (Video via Tesla)

"I believe we have an opportunity to help educate the public by allowing this company, who has taken on a great deal of risk, to offer their product and offer their vision to the people of Connecticut," said Connecticut Rep. Jesse MacLachlan.

New Jersey had also been a member of the states that ban direct sales list, but only for about a year. In March, Governor Chris Christie signed a law reversing the ban.

When the law was signed, Tesla tweeted at Christie saying: "A huge victory in New Jersey for consumer choice: We are open for business!"

The next time Texas residents could have an opportunity to lift the ban on direct sales will likely be in two years during its next regular session.