Tesla Limits Autopilot Feature After Drivers Do Some Absurd Things 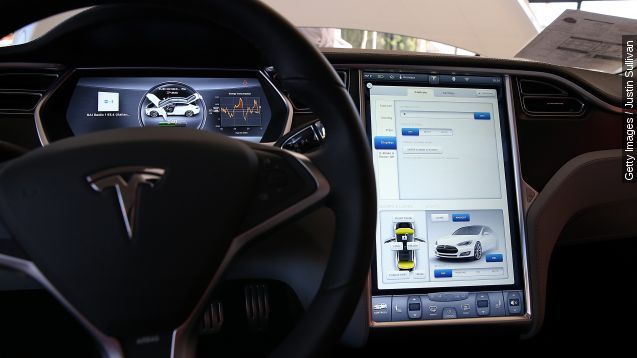 Tesla Motors introduced an autopilot feature for its vehicles in October.

The system lets drivers cruise without touching the steering wheel or the pedals. It works in stop-and-go traffic and on highways. Plus it lets the vehicle park itself.

But some people may have been using the feature in ways Tesla didn't intend.

Although these people say they took safety precautions while recording, in November Tesla's CEO called some of the YouTube videos "fairly crazy." So some restrictions were put in place.

Now autopilot mode is off limits on residential streets and streets without a center divide. Plus the vehicle won't be able to go more than 5 miles per hour over the speed limit.

But the company also added a feature for drivers. Owners of Tesla Model S or Model X can now "summon" their vehicles from up to 39 feet away.

The beta version of the "summon feature" will let the vehicle park in, or back out of, a tight spot with the click of a button or through a smartphone app while you stand by and watch.

"If Model S detects and imminent ticket it will deploy countermeasures to deter the ticket writer."

We're not so sure about that.