Future Tesla Cars May Go Even Farther Without Needing A Recharge 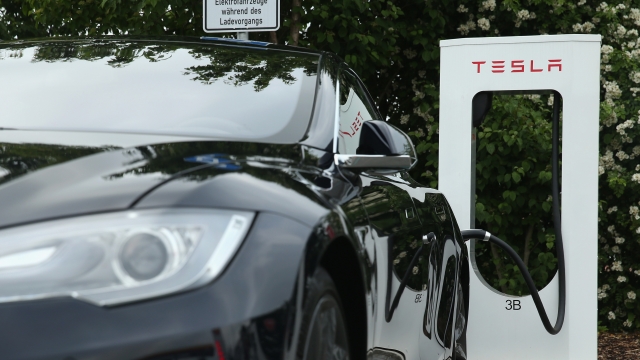 SMS
Future Tesla Cars May Go Even Farther Without Needing A Recharge
By Ben Lawson
By Ben Lawson
August 15, 2016
Some future models of Tesla cars may be getting an upgraded battery.
SHOW TRANSCRIPT

A driving range boost may be heading to future Tesla cars.

It appears that the Model S and Model X will soon come with a 100 kWh battery — an upgrade from the current 90 kWh.

A Dutch blog found a number of listings from a regulator in the Netherlands that indicate Tesla will be making the switch.

SEE MORE: Part 2 Of Tesla's 'Master Plan' Includes A Car That Drives Itself

The upgrade could boost the range of the Model S to roughly 380 miles. Although, Autoblog notes that's based on the European Driving Cycle, which is typically more optimistic than the Environmental Protection Agency. The EPA's current range for the Model S is about 290 miles.

The Model X, a heavier SUV, probably wouldn't see its range top out that high but could still get over 300 miles on a single charge.

This isn't the first we've heard of a battery upgrade. Rumors started to swirl that Tesla was planning to make the switch after a hacker discovered a reference to a "P100D" inside Tesla software back in March.

Tesla hasn't commented on the rumors.