Will Tesla's Model S Improvements Be Enough To Boost Its Sales? 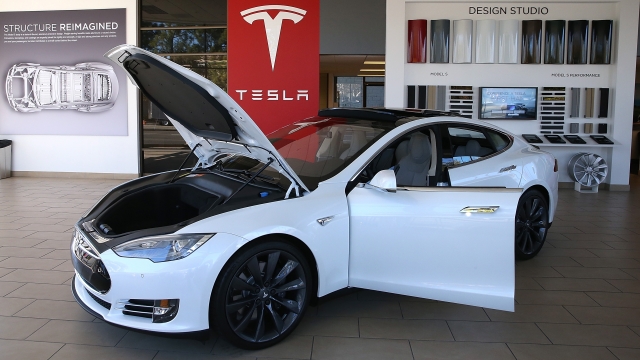 SMS
Will Tesla's Model S Improvements Be Enough To Boost Its Sales?
By Grant Suneson
By Grant Suneson
August 23, 2016
Tesla announced improvements to its Model S, making it faster and extending the charge on its battery, but electric cars are still a tough sell.
SHOW TRANSCRIPT

Tesla CEO Elon Musk announced a souped-up Model S P100D can get up to 60 miles per hour in a mere 2.5 seconds. That's faster than any other mass-produced automobile.

The company also announced you can buy a larger battery pack for the vehicle to increase its range to more than 300 miles between charges.

That's great news — for everyone who can afford one. The new Model S costs over $100,000 without any upgrades, and those are also pricey.

For lots of Americans, Tesla vehicles just aren't viable at that price. And with cheap gas prices nationwide, sales of electric cars from other manufacturers have slipped quite a bit.

So Tesla announced a two-year lease option for people who might not want to outright purchase an electric vehicle. The offer is only available until September 12, which prompted speculation that Tesla wanted to boost its sales numbers before the end of the third quarter.

Tesla is significantly increasing the number of cars it's making this year, but only up to 80,000. That's well short of other major car companies, but it's due for a big boost.