Terrorism Numbers Are Slowing For The First Time In 3 Years 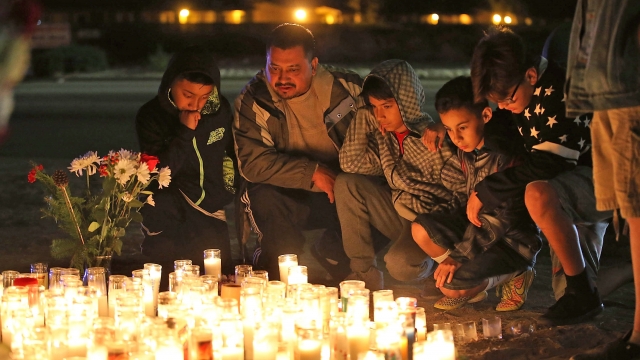 SMS
Terrorism Numbers Are Slowing For The First Time In 3 Years
By Melissa Prax
By Melissa Prax
June 3, 2016
Data show terrorist attacks and terrorism-related deaths have dropped. The Taliban carried out the most attacks, but ISIS killed more people.
SHOW TRANSCRIPT

The number of terrorist attacks and terrorism-related deaths have gone down for the first time in three years.

That's according to University of Maryland data released by the U.S. State Department. The data shows there were over 11,700 attacks worldwide in 2015 — down 13 percent from 2014.

Most attacks happened in Iraq, Afghanistan, Pakistan, India and Nigeria.

And if it's surprising Syria isn't among the top five, that's because this is an estimate based on reporting from independent news outlets.

But Syria — along with Bangladesh, Egypt, Turkey and the Philippines — had an increase in both reported attacks and deaths.

The Taliban carried out the most attacks, but ISIS and Boko Haram killed more people.

Private citizens and property came in as the top target of terrorist attacks last year and made up just over half of attacks.

"There is no reason that governments can't prosecute an effective counterterrorism policy and at the same time protect civil rights of its populace," Siberell said.

One of the biggest reasons for the drop in attacks might be an increased effort from the international community to work together.

The State Department credited a U.S.-led coalition in particular with helping decrease the resources to ISIS and the territory held by the group, which it says is the biggest terrorism threat the world faces.

And the U.S. seems ready to continue those global efforts. The cost to fight ISIS for 2017 is expected to be double the amount requested in 2016.