ISIS Claims Responsibility For Attack In Pakistan; At Least 59 Dead 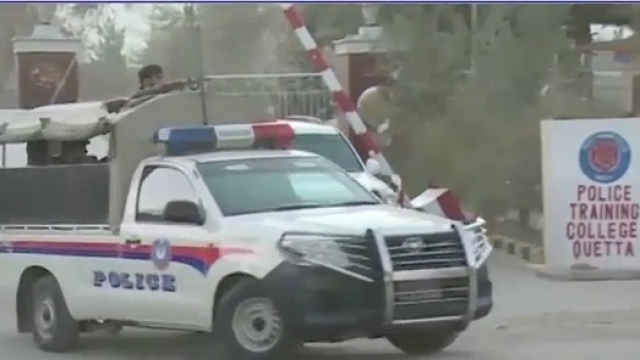 ISIS claimed responsibility Tuesday for an attack on a police training center in Quetta, Pakistan, that killed at least 59 people and injured more than 100.

The attackers held hundreds hostage for several hours before two of them detonated their suicide bombs. The third was killed by police.

Although ISIS claimed responsibility, local officials initially blamed the attack on a terror group with links to Al-Qaeda and the Taliban, known as Lashkar-e-Jhangvi al-Alami. This Sunni extremist group has been associated with several large-scale attacks in Pakistan in the last several years.

Another little-known branch of the Pakistani Taliban, called the Hakimullah group, has also issued a statement of responsibility for the attack. Officials in Pakistan have not been able to confirm these claims.

This is the second major terror attack in Quetta in recent months. In August, a suicide bomber attacked a hospital, killing more than 70 people.