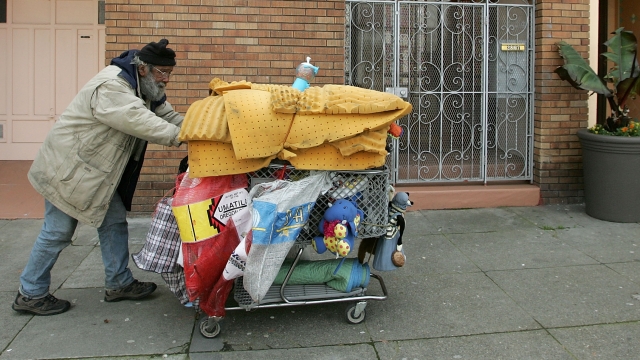 By Samantha Crook
February 27, 2016
After a homeless encampment in San Francisco was deemed a "public nuisance," activists arrived while city officials cleared away tents.
SHOW TRANSCRIPT

In one of the country's most expensive places to live, how do you address homelessness?

San Francisco officials and activists confronted that question after a tent city on Division Street was deemed a "public nuisance."

"They don't want other people, people with real money, quote-unquote, to see this," one homeless man told KTVU.

As it shuts down the Division Street encampment, the city's encouraging people to go to Pier 80, a shelter with health services and meals.

But some say it feels like a prison and that it doesn't have enough beds for the thousands of homeless in the city.

Estimates put the total number of homeless people in San Francisco at around 7,000.