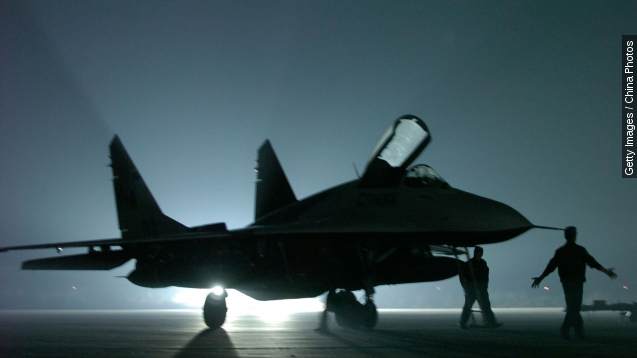 Turkey has acknowledged it shot down a Russian fighter jet near the Syrian border Tuesday, saying it did so after the pilots ignored repeated warnings that they were violating Turkish airspace.

The Turkish Air Force says the Russian warplane was warned 10 times in five minutes before being shot down. Meanwhile, Russian news agency Sputnik claims the plane was "gunned down from the ground" while still in Syrian airspace. (Video via Sputnik)

All reports indicate the pilots ejected safely before the plane was hit, but their current conditions are unknown. (Video via OneIndia)

Now, it's unclear which reports are correct, since the news agencies providing the predominant coverage for both Russia's and Turkey's sides of the story are state-run and semi-state-run, respectively.

Russia's decision to join the coalition fight against ISIS in Syria looked to many like an opportunity for relations between it and Western nations to improve.

But everyone may not be in the fight for the same reasons. Turkey opposes Bashar al-Assad's regime in Syria, while Russia supports it.

A think tank's international security director told CNN, "This is a situation that unfortunately was almost inevitable at some point, because Turkey has long been accusing Russia of interfering in their airspace."

The incident is the first time since the Cold war ended that a NATO member shot down a Russian fighter plane.