Tensions Between China, US Rising In South China Sea 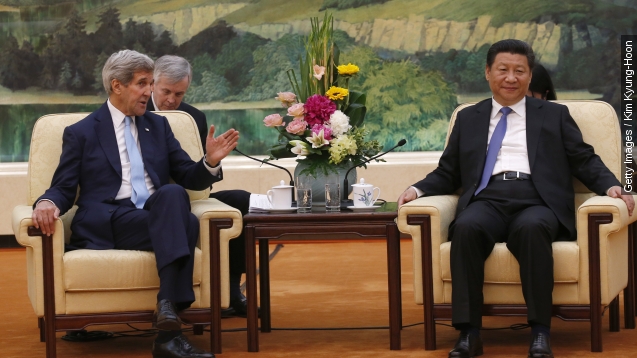 A conflict between the U.S. and China continues to escalate in the South China Sea, where the Asian superpower is reinforcing its claims to the sea against the wishes of the U.S. and pretty much everyone else involved.

On Tuesday, China's military issued a report reaffirming a more aggressive strategy in the region, which borders China, Thailand, the Philippines and U.S. ally Taiwan.

That report comes after China condemned the U.S. for flying a surveillance plane over areas of the sea controlled by China. In a Vine posted by CNN's Jim Sciutto, you can hear warnings issued to U.S. planes flying over the South China Sea:

The South China Sea is, by U.N. definition, a shared space: Several bordering countries have a claim to its coast, plus 200 miles. China flouted that agreement in early May, when they began drilling for oil just off the coast of Vietnam.

This seems to back up China's promise of increasing military control over the area, and it has piqued the interest of the U.S. and others, who are calling for peaceful negotiations over resources.

China claims it should have sovereignty over virtually all of the South China Sea. The U.S. and other neighbors disagree, but they're working toward easing tensions. Taiwan released a proposed peace initiative Tuesday morning.