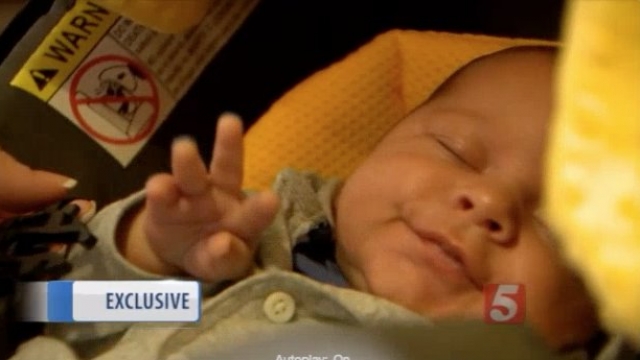 SMS
Tennessee Doctor Performs Surgery On The Wrong Baby
By Ryan Biek
By Ryan Biek
February 9, 2016
A portion of skin beneath the infant's tongue was unnecessarily removed.
SHOW TRANSCRIPT

A doctor in Tennessee somehow performed surgery on the wrong infant.

In an exclusive interview, the parents told Newsy's partners at WTVF their son Nate was taken for a routine physical shortly after his birth at University Medical Center in Lebanon. But a couple hours later when the baby returned, a nurse started talking about a procedure they'd done.

"Essentially they took our child who was 100 percent healthy, nursing well, no issues at all, and took him out of the nursery and cut his mouth. At that point I began to cry hysterically," Nate's mother told WTVF.

The procedure performed is called a frenulectomy, in which a portion of skin under the tongue is cut. It's used on infants whose tongues have a restricted range of motion, but Nate's was reportedly normal before the incident.

The doctor who performed the surgery admitted in a progress report to accidentally asking for the wrong infant.