A 15-Year-Old Terror Suspect Was Arrested In Paris 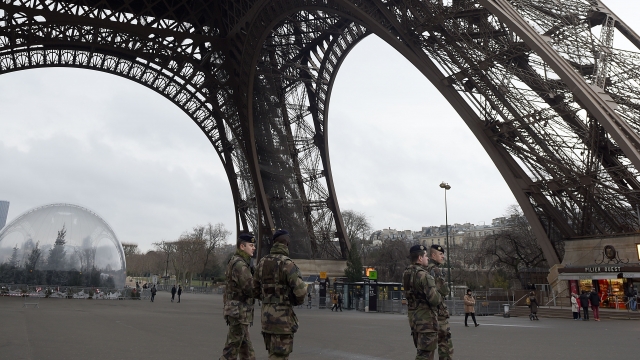 SMS
A 15-Year-Old Terror Suspect Was Arrested In Paris
By Lindsay Gloor
By Lindsay Gloor
September 11, 2016
The 15-year-old's arrest marks the second suspected terrorist plot foiled in France within the past week.
SHOW TRANSCRIPT

French media outlets report that a 15-year-old boy was arrested in Paris on suspicion of plotting a terrorist attack.

The teenager, who remains unnamed, had been under house arrest since April for alleged connections to ISIS members in Syria. But recently, police were tipped off that the boy was planning an attack somewhere in the French capital.

French investigators believe Kassim used an encrypted messaging app to communicate with the 15-year-old and one of the women involved in another suspected terrorist attack stopped by French police in Paris last week.

French newspaper Le Monde quoted one of the messages, which said, "Women, sisters, go on, attack. Where are the brothers?"

The woman was arrested after being linked to a car that was loaded with gas cylinders and parked just outside Notre Dame cathedral. Six other people are also in custody.

French Prime Minister Manuel Valls told a local television outlet the country faces a threat from 15,000 homegrown radicals, and he estimates roughly 700 jihadists from France are currently fighting in the Middle East.