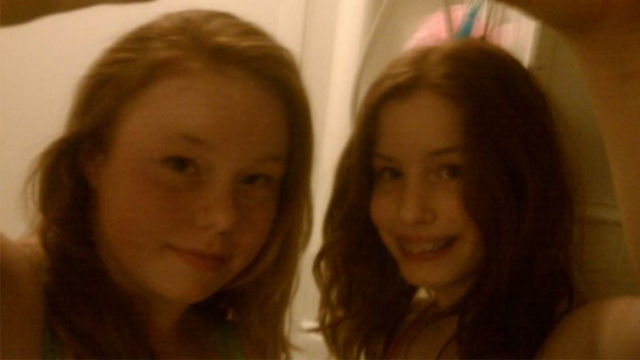 SMS
Teen Sisters Missing For Almost A Year Found In Upstate New York
By Briana Koeneman
By Briana Koeneman
March 11, 2016
New York State Police say Ky-Lea Fortner and Shaeleen Fitch-Fortner were found about 15 miles away from where they were last seen in April 2015.
SHOW TRANSCRIPT

Two sisters who had been missing for almost a year were finally found Wednesday night, and a family acquaintance has reportedly been charged in their kidnapping.

New York State Police said in a statement Ky-Lea Fortner and Shaeleen Fitch-Fortner were discovered in the town of Vestal, about 15 miles away from where they were last seen last spring.

Police say they arrested 29-year-old Amanda Hellman, who they called a "family acquaintance," at the scene. She has been charged with second degree kidnapping.

The sisters were first reported as "teen runaways" in April 2015, when Ky-Lea was 15 and Shaeleen was 13 years old. Authorities say they were living with a foster family in Binghamton, and they were last seen waiting for a bus at their school.

During the 11 month-long investigation into their disappearance, police say they received many "investigative leads," which eventually pointed them to the girls' location.

Ky-Lea and Shaeleen have reportedly been turned over to family services. Hellman was arraigned and is being held in the Broome County Jail without bond.

This video includes a clip from the Binghamton Press & Sun-Bulletin and images from the New York State Police.

Correction: A previous version of this video said the sisters lived in Birmingham with a foster family. They lived in Binghamton, New York. The video has been updated.