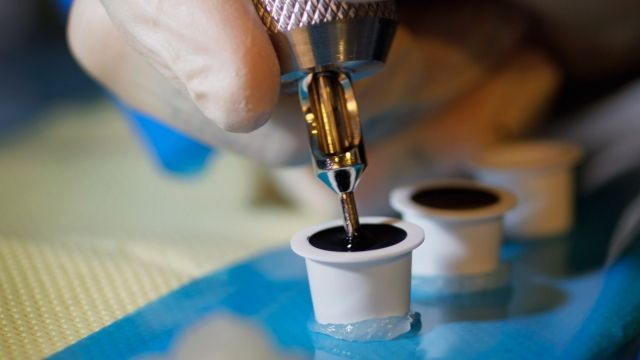 SMS
Teen Says He Was Turned Away From Marines For Confederate Flag Tattoo
By Eugene Daniels
By Eugene Daniels
January 21, 2016
A recent high school graduate in Arkansas says his tattoo made him ineligible to enlist in the Marines.
SHOW TRANSCRIPT

A recent high school graduate says he was turned away from the Marines because his Confederate flag tattoo made him ineligible.

Anthony Bauswell says he went to a recruiting center on Monday to enlist and when he told them about the tattoo, the recruiter said, "DQ, just automatically, DQ." (Video via KNWA)

The Marine Corps' tattoo policy states in part tattoos can't be "sexist, racist, eccentric or offensive in nature." And Bauswell says that's why he got "southern pride" on the tattoo, saying he didn't want it to be seen as racist.

Interestingly enough, according to a CNN/ORC poll from July, 57 percent of Americans see the flag as a symbol of Southern pride and not racism. But when you split that same poll by race, 72 percent of blacks see it as racist compared to 25 percent of whites.

Tattoo policies in the military as a whole have been criticized, and the Marines altered its policy in April to cut limits on the size or number of tattoos allowed. A former Army chief of staff told the Marine Corps Times: "It makes sense. Soldiers have grown up in an era when tattoos are much more acceptable and we have to change along with that." (Video via U.S. Marine Corps)

More changes seem to be on the way. Commandant Gen. Robert Neller says he "hopes" more updates to further clarify the Marine tattoo policy will be released in the next 30 days.