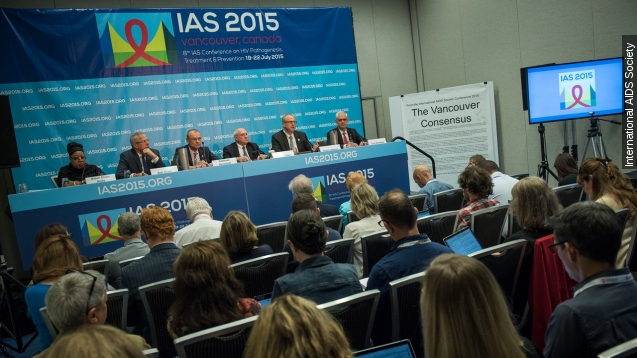 SMS
Teen's 12-Year HIV Remission Latest 'Functional Cure' Case
By Leah Becerra
By Leah Becerra
July 20, 2015
A French teen's HIV has been untreated and under control for 12 years, the latest in a series of similar promising cases.
SHOW TRANSCRIPT

Researchers at an AIDS conference say a French teen's HIV infection has gone untreated for 12 years, and yet the virus has remained under control.

It's possible the teen, who was last treated when she was almost 6, might have some sort of natural resistance, or the results could be due to early and more aggressive treatment than what children normally recieve.

Whatever the cause, the record remission has revived hope for a "functional" HIV cure, where the virus stays at a low level without continuing treatment. (Video via University of California, Santa Cruz)

The last such hope to be reported involved 14 Italian adults who were treated shortly after they were infected. Three years later, the group stopped taking their prescriptions.

CNN reports, "Today, 12 remain in control of their infection and without drugs and they have an average of 10 years in remission."

The French teen's case is important for two reasons: The first being the 12-year remission without treatment, which is unprecedented for such a young subject.

Additionally, when the teen was a child her treatment was out of the ordinary.

She received the standard six-week treatment with an anti-viral drug, but that treatment was followed up with a powerful four-drug combination.

Doctors reporting the news did say the girl experienced one rise in virus levels when she was 11. But even then, the flare up resolved on its own.