Teen Labeled As Sex Offender Could Get New Sentence 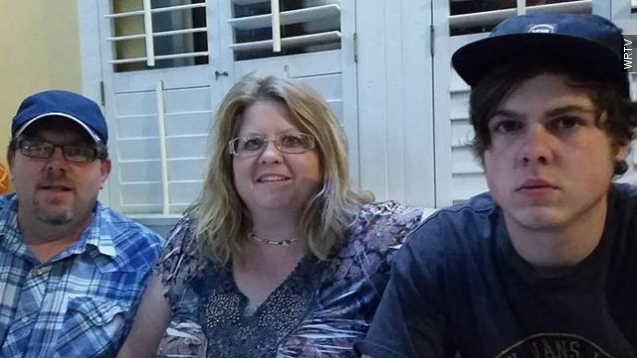 SMS
Teen Labeled As Sex Offender Could Get New Sentence
By Leah Becerra
By Leah Becerra
August 5, 2015
A Michigan judge is taking his time considering a 19-year-old's request for a new sentence in a case involving online dating and consensual sex.
SHOW TRANSCRIPT

A Michigan judge said Wednesday he's taking his time considering a 19-year-old's request for a new sentence in a case involving online dating and consensual sex.

Zach Anderson is an Indiana teen who met a Michigan girl, who said she was 17, using a dating app. After the two had sex in December, he was convicted of criminal sexual conduct because it turns out the girl was actually 14.

In April, Anderson agreed to a plea bargain which got him a 90-day jail sentence, probation, 25 years of mandatory sex offender registration and a lifetime of not being able to use a computer or smartphone.

"She appeared to be 17. She certainly is someone now who's on his side and was on his side," CBS legal expert Rikki Klieman said.

"And her mother's on his side, too," CBS This Morning's Gayle King said.

"Everybody appears in the case to be on his side except for the judge," Klieman said.

But when Anderson appeared in court Wednesday, things were different than the last time. He withdrew his guilty plea and the section in the courtroom full of his supporters had grown.

The South Bend Tribune described the courtroom as being "nearly packed with media and other onlookers." That's because since April, the 19-year-old's case has garnered a lot of attention and a lot of signatures.

A Change.org petition created by Anderson's family wants the judge to drop all charges or dismiss the charges under the Anderson Holmes Youthful Trainee Act.

It's still not clear if Anderson will see a different judge in a future trial.