Ted Cruz Won The Most Delegates In Wyoming Conventions — For Now 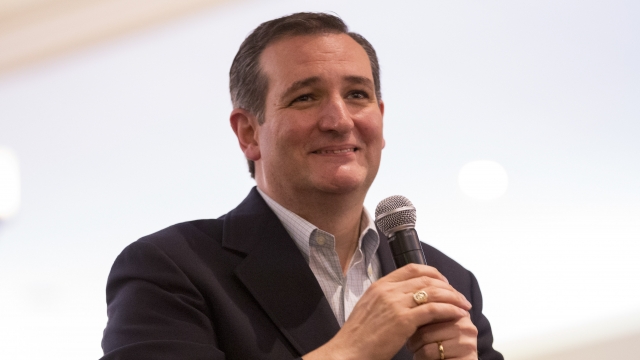 Texas Sen. Ted Cruz came out ahead in the Wyoming conventions Saturday, but over half of the state's delegates are still up for grabs. Like most things this election season, it's a bit confusing. Bear with us.

The county conventions are a part of Wyoming's convoluted three-part process. What happened Saturday wasn't a presidential preference poll; instead, Republican voters chose delegates who say they will vote for a particular candidate at the national convention.

All told, Wyoming sends 29 delegates to the Republican convention; just 12 were decided Saturday. Another 14 delegates will be chosen at the state's GOP convention in April, while the other three are unpledged members of the Republican National Committee.

Cruz received nine delegates, Sen. Marco Rubio and Donald Trump each received one. One other is uncommitted. Saturday was the last day of voting before the make-or-break primaries in Florida and Ohio on Tuesday.