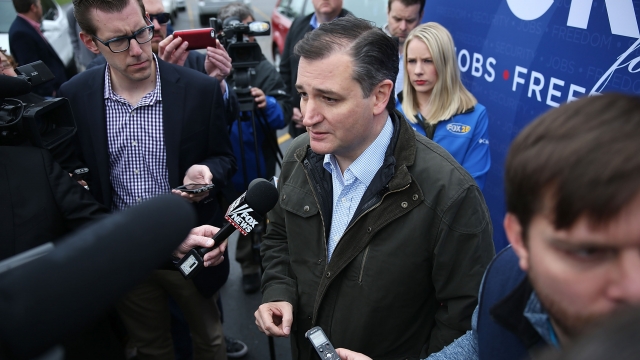 During a campaign stop in Indiana, Ted Cruz did what other candidates have avoided — he went face to face with Donald Trump supporters.

The pro-Trump crowd was across the street holding signs. Cruz tried to strike up a civilized conversation with them.

"Let me ask you something, sir. What do you like about Donald Trump?" Cruz asked.

"Everything," a Trump supporter said.

"Everything," the supporter said again.

Cruz debated with the man about immigration, gun control and the fight against ISIS.

"You're lying, like you always do," the Trump supporter said.

"About Donald telling people to punch people," the supporter explained.

So did any of Cruz's comments sway the Trump supporters?

This video includes images from Getty Images and clips from Stringr.