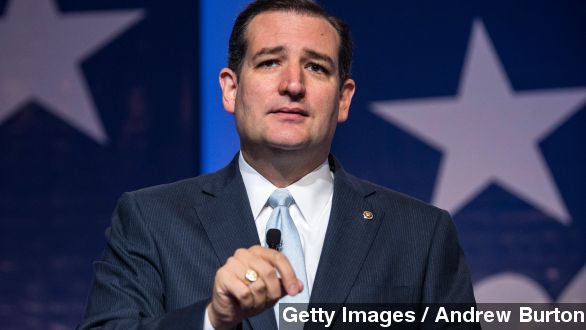 Sen. Ted Cruz is expected to be the first major name to officially declare a 2016 run for the White House. (Video via Office of Senator Ted Cruz)

The Houston Chronicle is reporting the first-term Texas senator will make the announcement Monday during a speech at Liberty University.

The paper reports the conservative politician will skip an exploratory committee and instead directly launch his campaign. (Video via Office of Senator Ted Cruz)

Cruz was recently in the early primary state of New Hampshire but played coy about his motivations.

The latest 2016 polls generally have Cruz trailing behind other names in the Republican field, including Jeb Bush, Chris Christie and Scott Walker.

An announcement from Cruz Monday would give him a slight head start over fellow Sen. Rand Paul who is expected to announce April 7 in Louisville.