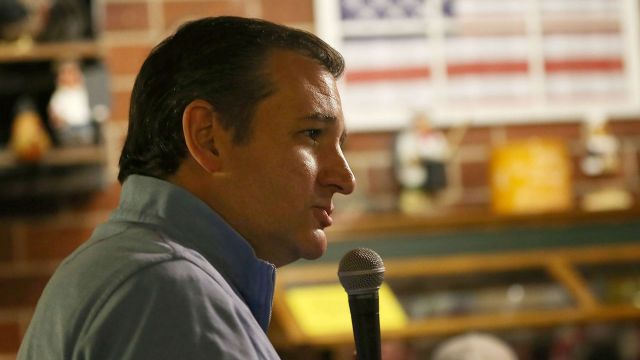 Ted Cruz has won the Kansas GOP caucus by a significant margin, further closing the gap between him and GOP front-runner Donald Trump.

Early results show the Texas senator was able to secure about half of the vote, with Trump taking second place and rival Sen. Marco Rubio a distant third.

The results shouldn't be too much of a shock: Cruz's message plays well with Kansas' population of deeply Christian conservative voters. Trump has proven particularly vulnerable in states that hold caucuses rather than straightforward primaries: he's lost four of the five caucuses held so far.

Kansas awards its 40 GOP delegates proportionately, so the victory won't be enough for Cruz to turn the tables on Trump's sizable delegate lead. But the win does give Cruz more legitimacy as the GOP candidate best equipped to stop Trump's rise.

This video includes clips from Cruz for President, WIBW and KMUW.