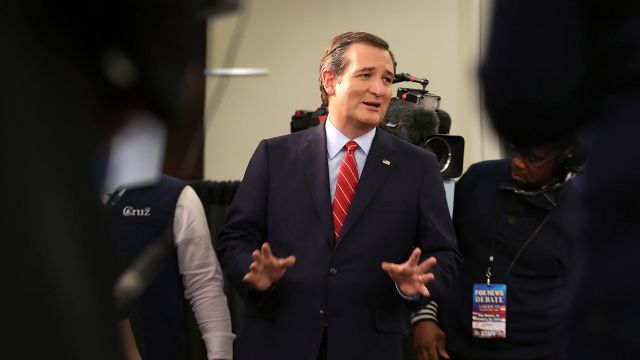 SMS
Ted Cruz's Campaign Claims It Had $19M At The End Of 2015
By Jake Godin
By Jake Godin
January 29, 2016
However, Ben Carson's campaign claimed it made $23 million in the fourth quarter of 2015 alone.
SHOW TRANSCRIPT

If any of the presidential candidates are feeling that they'll be financially secure in the months ahead, Ted Cruz is one of them. (Video via Cruz for President)

Rick Tyler, Cruz's communications director, announced the Texas senator's campaign had $19 million in the bank at the beginning of 2016. That's a lot.

Cruz may need some of that money if he hopes to boost his numbers. Some early evaluations of the most recent GOP debate suggest Cruz didn't do so hot.

Cruz is just the second candidate to give us an idea of how much money he had at the end of last year. Carson's campaign previously announced it had raised $23 million alone in the fourth quarter of 2015.