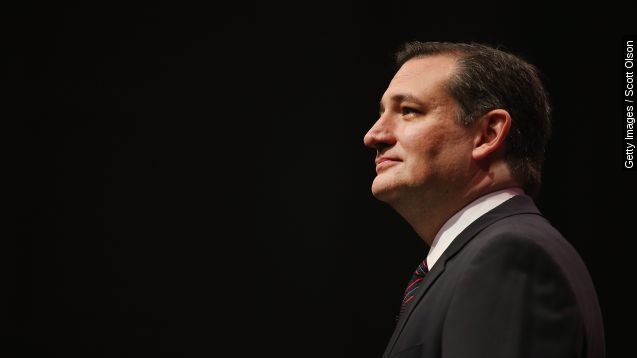 Presidential hopeful and Republican Senator Ted Cruz is on the defense after making a poorly timed joke during a GOP event in Michigan on Wednesday. (Video via Office of Sen. Ted Cruz)

A crack at a politician from across the aisle isn't uncommon, but Cruz's joke seemed poorly timed.

The Vice President is surely going through some tough times right now as his son, former Delaware Attorney General Beau Biden, died Saturday from brain cancer. His funeral will be held this week.

Cruz was asked about the joke after the event, but declined to answer say anything.

"Why'd you tell a joke about the vice president tonight?"

But the Texas senator apologized later the same evening, writing that "it was a mistake to use an old joke about Joe Biden during his time of grief."

Cruz has actually used the joke since at least 2013.

This doesn't mean Cruz will necessarily stop telling jokes though. He's known to be quite the comedian during speeches.

"Well you know, we could have had Hillary here. But we couldn't find a foreign nation to foot the bill," joked Sen. Cruz during CPAC this year.

Cruz was in Michigan Wednesday as the keynote speaker at a local Republican dinner with about 650 attendees.

Beau Biden's funeral will start on Thursday in Dover, Delaware before moving to Wilmington on Friday. The funeral concludes on Saturday, where President Barack Obama will deliver a eulogy.