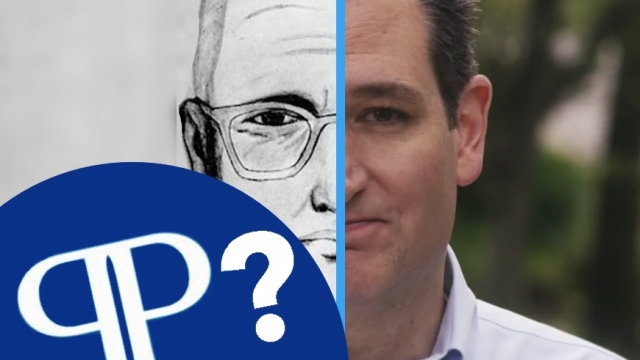 A new poll of Florida voters has some especially bad news for two of Donald Trump's Republican opponents.

So obviously Ted Cruz is not the infamous Zodiac Killer who terrorized California in the early 1970s, and 62 percent of Floridians told PPP as much. But the polling firm also found 10 percent of voters thought he was the Zodiac, and 28 percent more weren't sure.

The poll question, derived from a Twitter meme, is another example of PPP's efforts to bring a little levity to the polling industry — usually at the GOP's expense. You might remember its previous poll question about bombing a fictional country from "Aladdin."

But in addition to pillorying Republicans, silly polling questions also highlight the deficiencies of opinion polling in general. If 38 percent of respondents are willing to tell pollsters that a presidential candidate might be a serial killer, how seriously can we take their answers on the rest of the issues?

For the record, the first confirmed Zodiac murders took place on Dec. 20, 1968, in Benicia, California. Ted Cruz was born two years later and over 1,000 miles away in Calgary, Alberta.

This video includes images from Getty Images and clips from C-SPAN, CNN and Marco Rubio for President.